Orders placed between 4 and 27 August may be delayed due to summer closures. Please contact our support for more information.

To make your cinematic journey unforgettable is this itinerary with locations immortalized in Albertone’s movies. For each film is a luxury hotel within real Roman magnificence.

Considered “a national icon”, Alberto Sordi is the quintessence of the Italian way of style on the big screen. In his movies, he highlighted the vices, virtues, weaknesses, meannesses, fears, and attitudes of his country fellow from the second post-war period to the late ’80s. And 2020 is a big year for the fans of “Albertone”, marking 100 years since his birth, 15th June 1920.

Worldwide, Sordi was remembered for his performances in Federico Fellini’s first films, The White Sheik and I Vitelloni, but he later starred in more than 150 films. The titles of some of the most successful – The Bachelor, The Husband, The Widower, The Traffic Cop – suggest how he helped to create a genre that mocked Italian mores.

Even though Alberto Sordi is really appreciated across all of Italy, his name is closely related to his native city: Rome. So, if you want to celebrate the special birthday of this histrionic actor, you should plan a visit to the Eternal City, that was also the setting of almost all his movies.

To make your cinematic journey unforgettable, we have created for you an itinerary with locations immortalized in Albertone’ s movies, choosing for each one a luxury hotel where you can enjoy the real Roman magnificence. Go ahead, and discover the incredible accommodations we have selected for you. 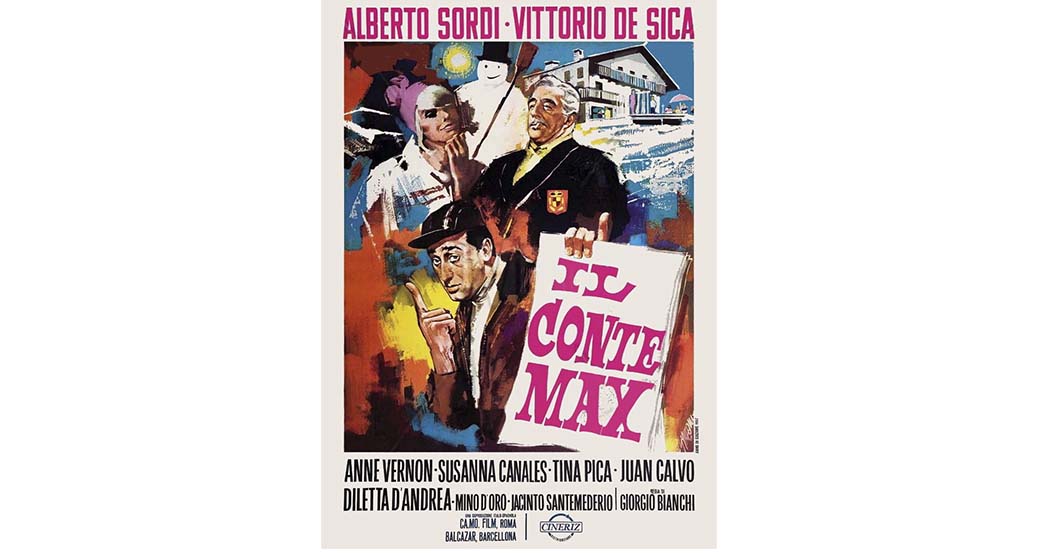 In this 1957 comedy, Sordi is Alberto Boccetti, a newspaper vendor who masquerades as a count and falls in with a baroness and her aristocratic friends. He believes he is in love with her, but comes to realize he has more in common with her maids.

Alberto’s newsstand is located in Via Veneto, one of the most elegant and well-known streets of Rome, full of expensive and luxury lodges. One of the most striking is Villa Spalletti Trivelli, an elegant hotel in a classical villa.

This century-old, opulent city retreat, was formerly the private home of an aristocratic family and was renovated between 2004-2006. Rooms are in true Roman style, characterized by a perfect balance of classicism with contemporary comfort, while public areas are large and airy, showcasing antiques from the family’s collection. The hotel also includes a relaxing Wellness Centre and a beautiful rooftop. 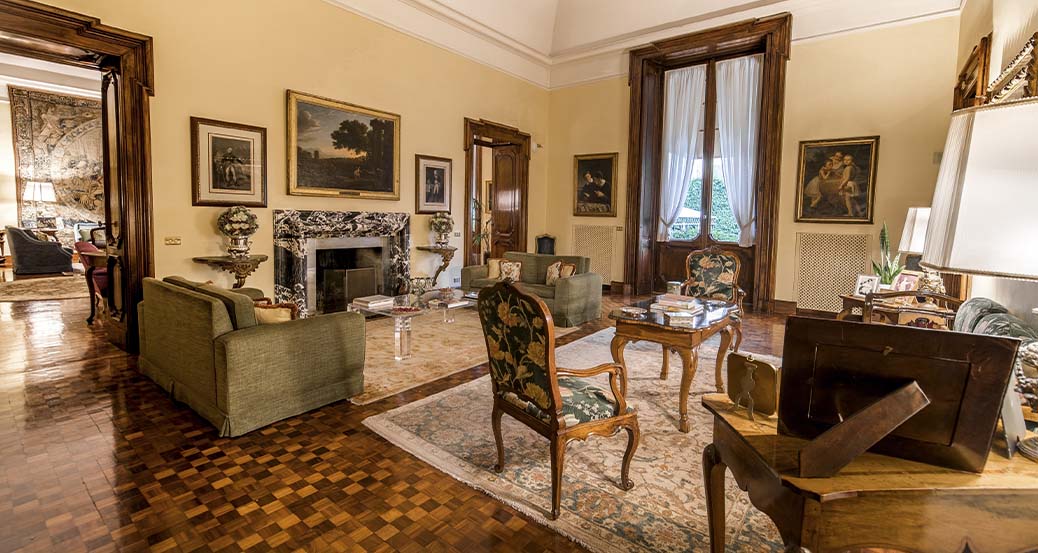 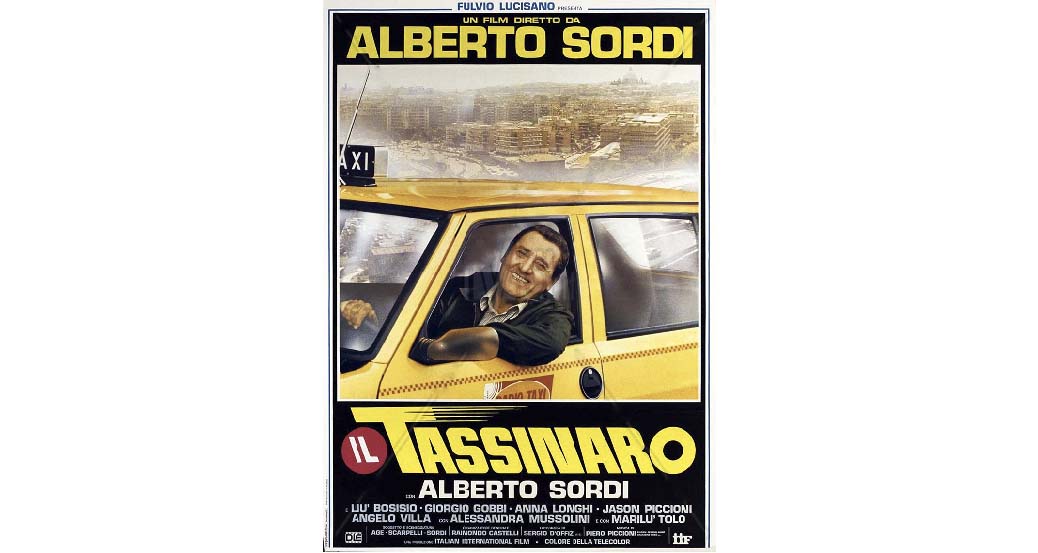 This movie tells the story of Pietro Marchetti, a mature Roman taxi driver who has countless and interesting meetings while he is on duty with his car “Zara 87”. For the last forty years of his life, he has driven around the streets of Rome, picking up different types of clients, from the actress Silvana Pampanini to the politician Giulio Andreotti.

In one of the movie’s most famous scenes, the taxi driver brings the ex-leader of the Christian Democracy party to Palazzo Montecitorio, the seat of the Italian Chamber of Deputies. This is the political heart of the city, but in this area you can also find multiple accommodations solutions, including the charming “Albergo del Senato”.

This building is situated in Piazza della Rotonda, an excellent location in front of the Pantheon, Rome’s most renowned ancient temple. If you’re searching for something special, you can choose one of the Penthouse Suites, located on the top floor of the hotel and each with a small private terrace with views onto the Pantheon and Piazza della Rotonda. If you love art you should spend at least one night in the Suite Seminario, which contains an original renaissance period fresco on the ceiling! 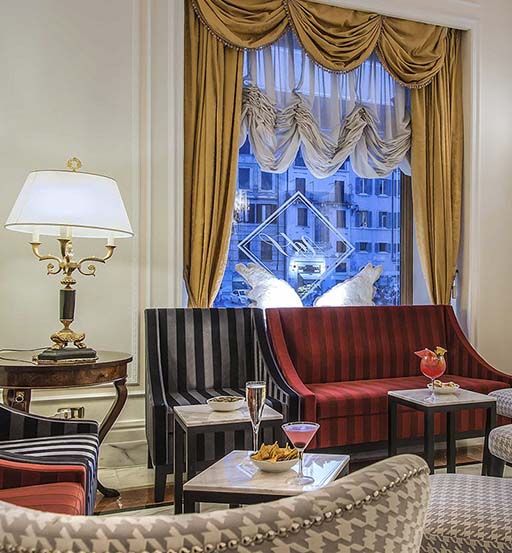 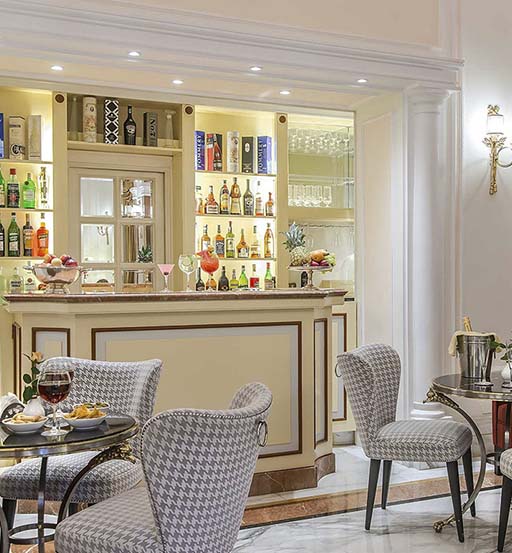 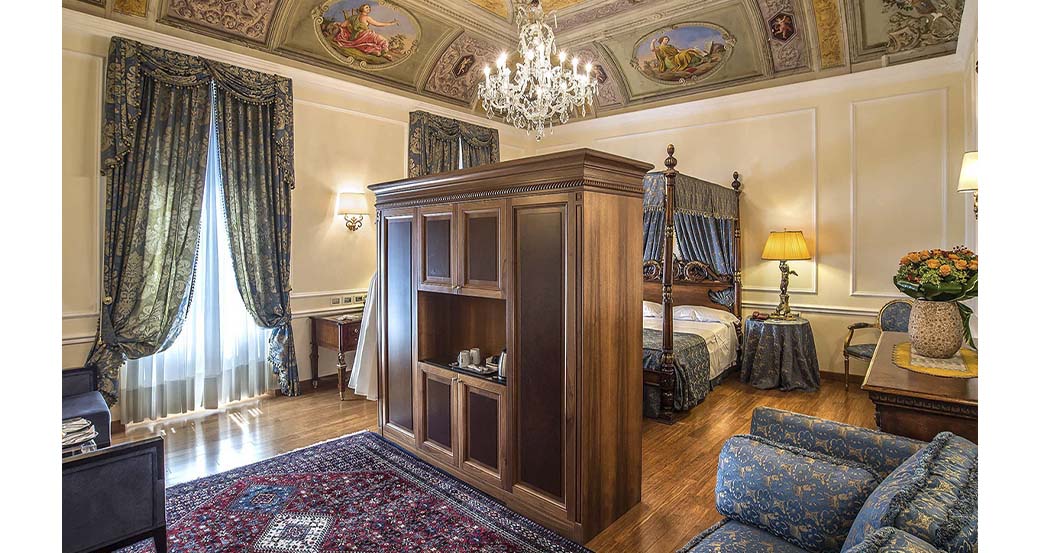 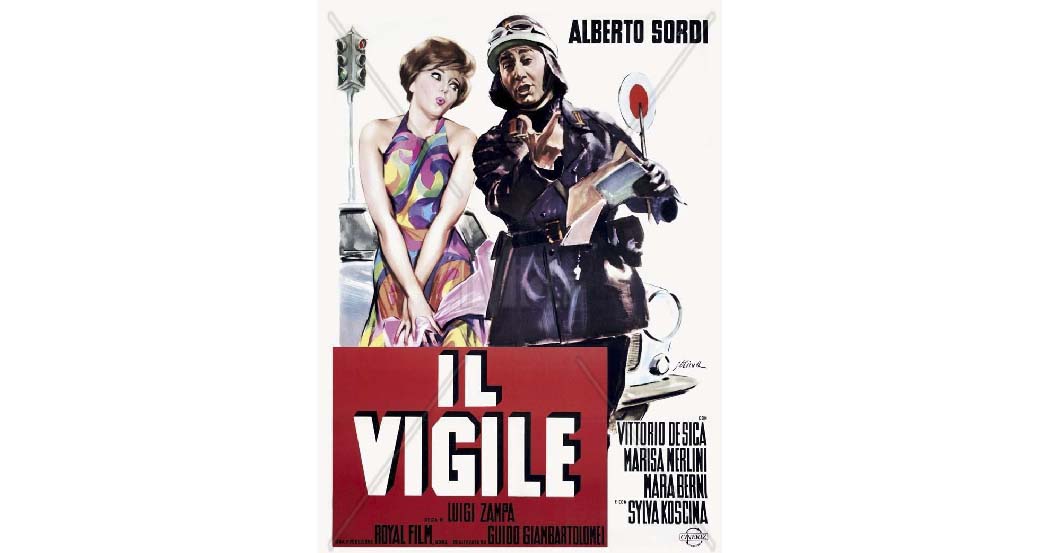 In this 1960 movie, Alberto Sordi is Otello Celletti, an unemployed ex-soldier from a small town who gets a job as a traffic policeman. In order to survive, he has to learn that law, in life as well on as the streets, is not equally applied to everybody.

The movie is set in an unspecified little town on the outskirts of Rome, and many scenes were shooted in the Roman countryside. Not far from the chaos of the city, infact, you can find many little villages surrounded by greenery, where you can chill out and enjoy endless views of wonderful olive trees and sunsets in ancient mansions turned into hotels.

On the border between Grottaferrata and Frascati, surrounded by a park of 15,000 square meters, stands, for example, the magnificent Villa Grazioli, a Tuscan residence among the richest in decorative terms. The villa houses several frescos from Pannini and a beautiful garden made up of tall, secular trees such as holm oaks, platani Orientalis. 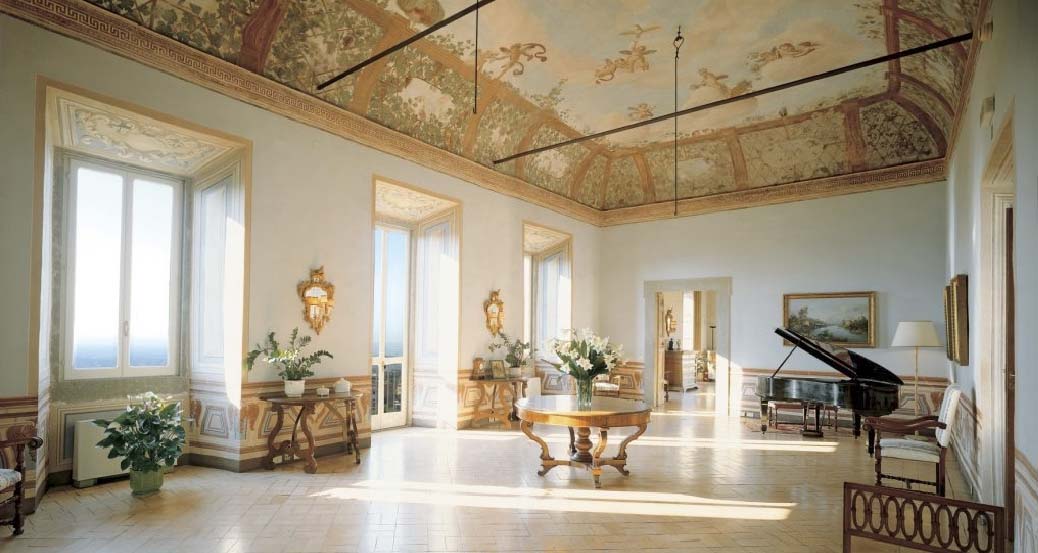 An American in Rome 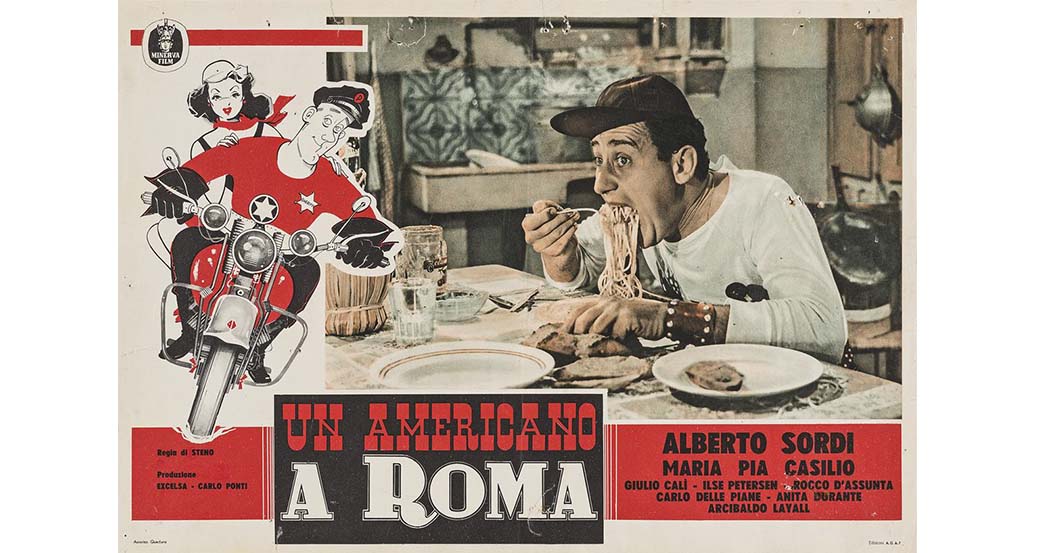 This comedy, considered “a milestone in the evolution of Italian self-identification” is a biting satire of americanization in Italy and all western Europe. Sordi plays the role of Nando Mericoni, a man born and raised in Rome who americanizes his life by imitating the sounds of American language and trying to recreate a Hollywood set in his room.

In via Portica d’Ottavia is set one of the most famous scenes of the movie, when Nando, pretending to be a sheriff, has a surreal fight with “gatto mammone”. This street is in the lively and picturesque Centro Storico, the perfect place to go if you’re aiming to taste the real Rome.

Among the many hotels in this district, we have chosen the Boutique Hotel Campo de’ Fiori. This elegant independent establishment is just steps away from Campo de’ Fiori, one of Rome’s classic piazza, with its famous statue of Giordano Bruno. Everything here is at once time-tested and modern, elegant, and up-to-date, like the city of Rome itself. You can choose between different room solutions (classic, deluxe or top floor) and refined apartments. Another highlight is the terrace, which offers the guests a 360° panoramic and suggestive view of the city. 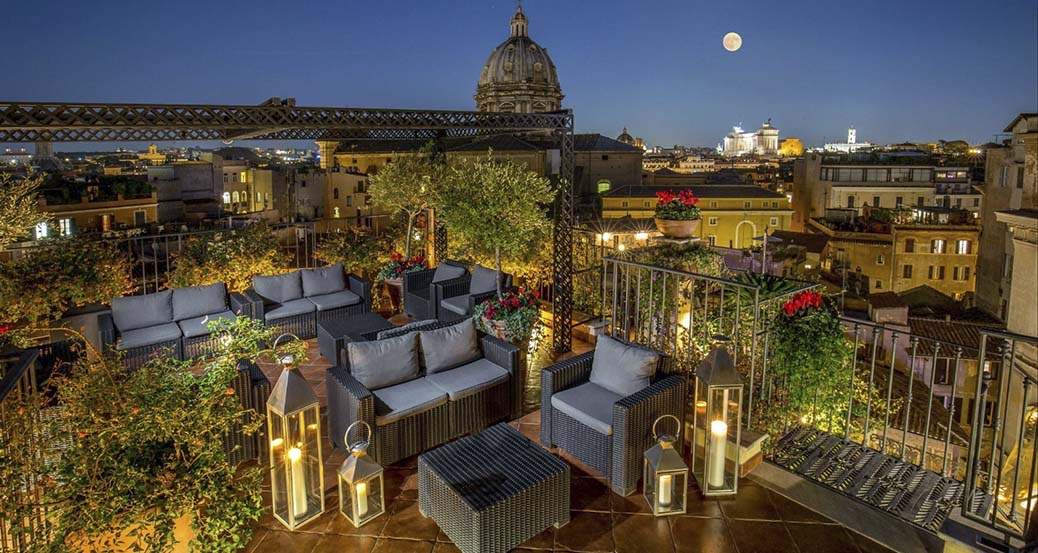 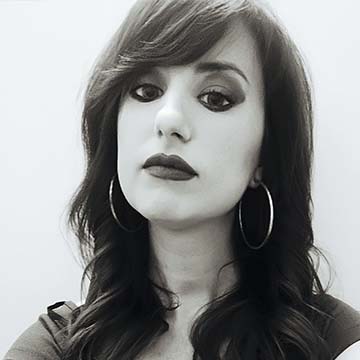 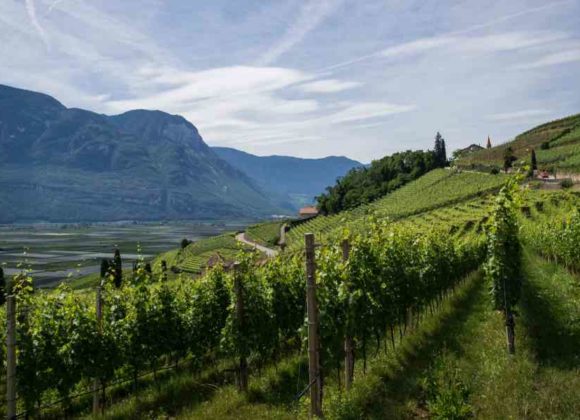 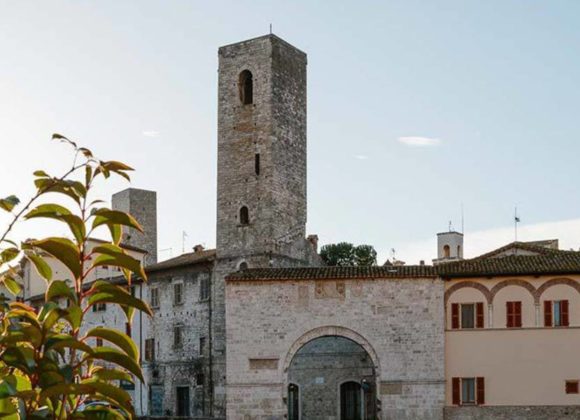