A Tailor Through Time: G Inglese

It takes three tests, thirty hours of work and twenty-five steps to create a G. Inglese shirt, with a palette that captures the colours of the Mediterranean.

Three tests, thirty hours of work and twenty-five steps to create a G. Inglese shirt. High-quality fabrics, classic patterns and retro style, stitched together with silk thread, dress the elegant and vintage-addicted man of the 21st century. A palette that captures the colours of the Mediterranean: blue, beige and white with all their wonderful shades, colours that identify the place of origin of the creator and his art. An art, that of Angelo Inglese, which although imbued with terroir, goes beyond the four high walls of the historic Palazzo in Ginosa, home to the designer’s workshop and headquarters, every day. The place where everything starts and where it all comes back to, but also the place that inspires and awaits it. 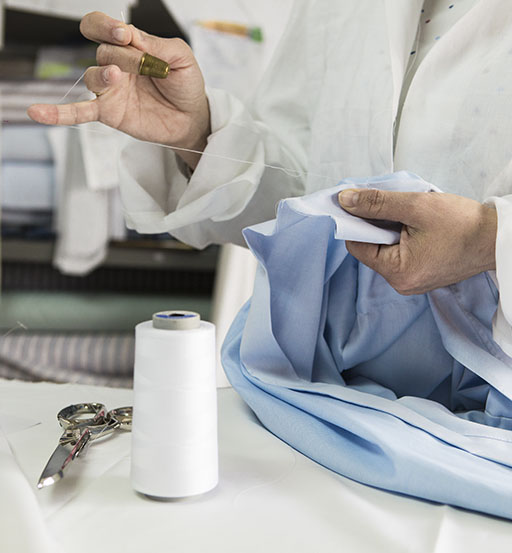 Founded in the 1950s with Angelo’s grandmother and father, today Sartoria is the third generation of artisans thanks to scrupulous work transmitting the values and know-how within, between members of the family. Sewing tailor-made clothes is a gift, and the Inglese family has learned to treasure it: it means understanding and interpreting each person’s need for Beauty and producing a customised creation with their own hands. From his grandmother, Angelo inherited his love for shirts: Giovanni’s mother made works of art. Today, with the method and rigour of the past, while leaving room for textile experiments and unconventional combinations, Angelo creates shirts and outfits with surprising aplomb. An attitude to innovation that crosses the eye of tradition.

Striped and checked fabrics are also reinterpreted, as is denim: a fabric with poor and proletarian origins that, skilfully cut by hand and sewn, becomes the raw material for a garment of quality and extremely high aesthetic value. A rigid fabric, difficult to work with—but not for the Inglese artisans’ hands. The real Made in Italy is preserved in artisan workshops like Sartoria G. Inglese, and Angelo, aware of his good fortune, has become a spokesperson. In the same way that an ambassador represents their nation abroad, the designer describes the elegance and quality of the Italian product beyond borders.

A story so fascinating that it has become a cultural attraction for its Tarantine city of origin. The atelier, theatre of authentic Italian craftsmanship, has become a reference, a niche destination chosen by Puglia for a new tailoring tourism. Getting to know the tailor’s ancient craft means sensing the smells of fabrics and steam from the iron, hearing the noises of the scissors and the mechanical hiss of the pedal-powered Singer; a sensory experience that immerses the visitor in a dimension. An experience in which the search for detail is the value that makes the difference, and which Angelo Inglese spoke to us about. 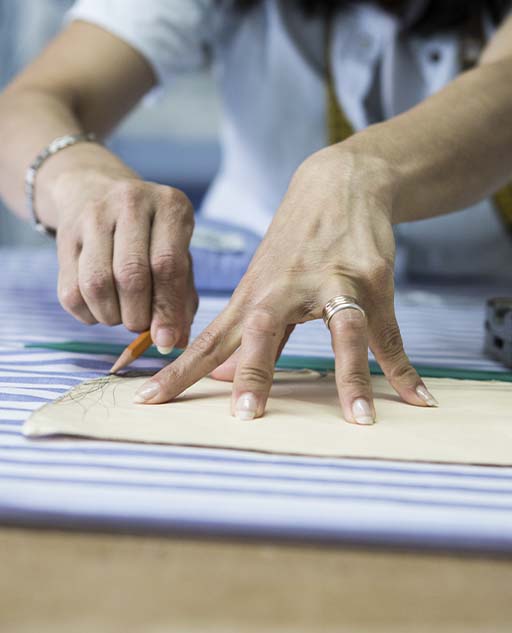 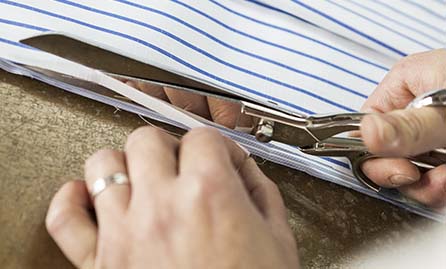 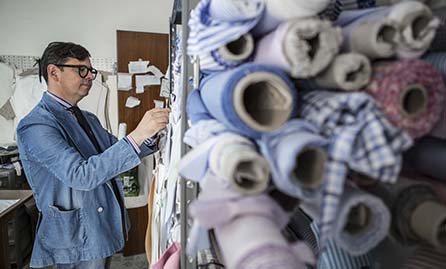 Where does the G. Inglese style come from, and what influences and characterises it?

The G. Inglese style was conceived from an idea of classic tailoring, but refreshed and adapted according to a logic that derives from the archive which is, however, rendered contemporary by revisiting iconic ideas and vintage garments. It draws on the winning idea of vintage, which is very popular today. The tones of the Apulian territory influence the tailored style, along with pivotal colours such as beige, white and denim blue.
The processes are also important, such as the range of denim washes. We are among the few tailors, if not the only one, to custom-make denim garments, given the difficulty of processing, due to the material altering during the various stages of creating the garment. We produce shirts and jackets with special techniques. Our jackets, in particular, look like structured garments, but in reality they have nothing inside, which gives them a unique lightness.

All of your products are made with numerous phases carried out by hand, many of which make the garment truly exclusive. What characterises G.English products for the upcoming Winter season? What inspired the collection and what makes it special?

The collection is the result of research on fabrics, from the idea of adapting particular fabrics to different garments, to obtain unconventional creations. The use of embroidered fabrics, special cashmere cloths, velvets with cashmere linings, cottons dyed with the colours of the territory are also important. The numerous manual operations, which are a G. Inglese tailoring standard, represent added value that enriches the particular garment models. Meticulous research in the archives led to studying the placement of stripes and checks on the shirts.

How important is experimentation and innovation to you?

In a global world that runs faster and faster, reference to tradition becomes innovation, to use innovation to make tradition known is my motto. The tailor's shop combines the use of modern technological systems with the use of 19th-century looms, used to weave some products of the varied G. Inglese offer.

We are developing a project based on augmented reality, going beyond the possibilities offered by the more conventional body scanners, an innovative system to open the doors of workshops to customers who are 10,000 kilometres away, allowing a more direct and less impersonal relationship than that offered by the common user-screen interaction. This project really allows the tailor to work with customisation, interpreting the garment according to the customer's shape and taking their individuality into consideration. The doors of the workshop are also opened to the customer, offering them the possibility of following the various stages of the work. 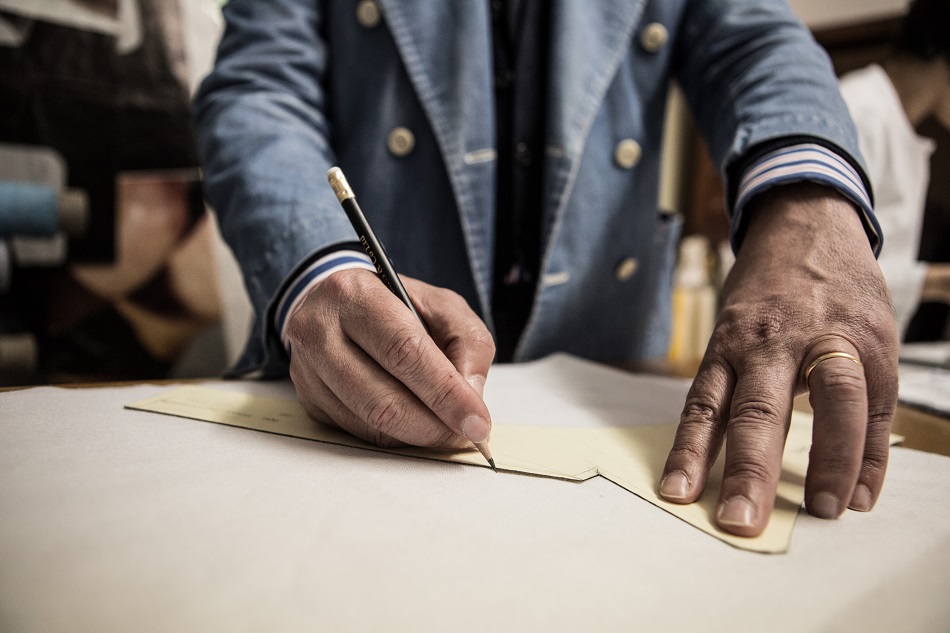 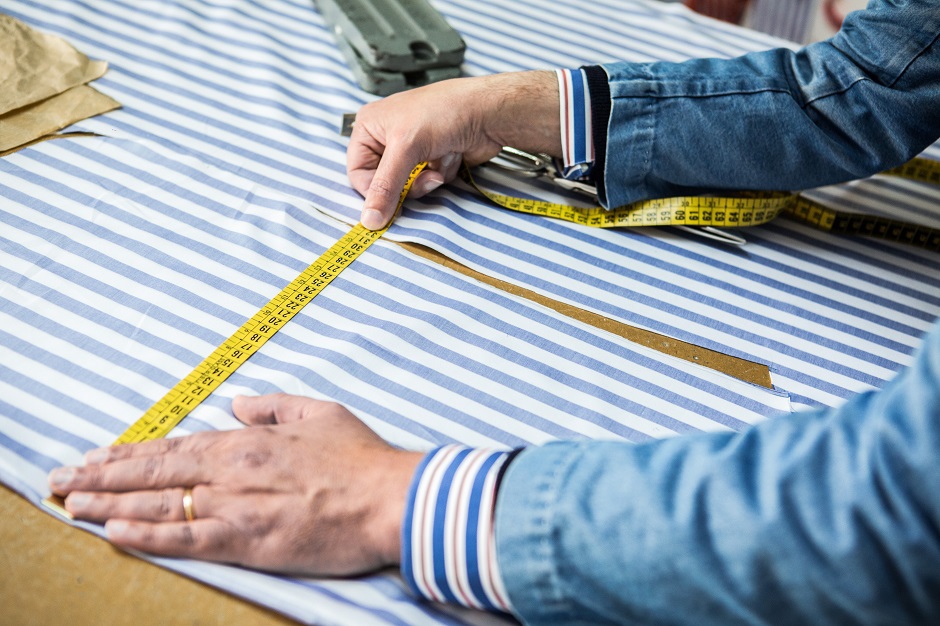 Do you consider it important for an activity like yours to invest in environmental sustainability? Are you actively engaged in this?

We have always addressed the issue of sustainability, with a particular focus on avoiding waste, both of raw materials and energy sources. The design of the new headquarters involved the use of cisterns from the ancient rainwater recovery building to be used to wet the fabrics. (note headquarters, however, not established due to impediments). Respect for the environment can also be found in small gestures and non-trivial ideas, such as the recovery of remnants, which are then used to create a bag for a company's pasta, thus giving life to original packaging, each one different from the other. We also use dyes made from herbs planted and grown in the tailor's garden.

Organic cotton and linen have been used for our garments for a long time, even when the costs were very high.
Another project set up as a result of attention to the environment is based on the recovery of sheep's wool. Sheep's wool, classified as special waste, was burned, abandoned in streams or buried. Thanks to the collaboration with Pecore Attive di Altamura, sheared wool is recovered in the region of Puglia, then woven on hand looms into jackets. The commitment to reducing the environmental impact, even if uneconomical given the artisanal work and the small amounts involved, is nevertheless gratifying.

On the Canclini and your tailor's social networks, we found out about a collaboration between the two companies. Can you tell us something about this project?

G. Inglese tailoring is not new to collaborations of this kind. A capsule collection of fifteen unconventional designs has been developed with Canclini, characterised by nuances and special combinations, based on the 1950s Oxford style: stripes for connoisseurs. Now the sale of the zero collection is starting, beginning with Milano Unica, a limited edition aimed at luxury tailors, online and private platforms, eager to buy their own cut and then turn to their trusted tailor for making up the garment. 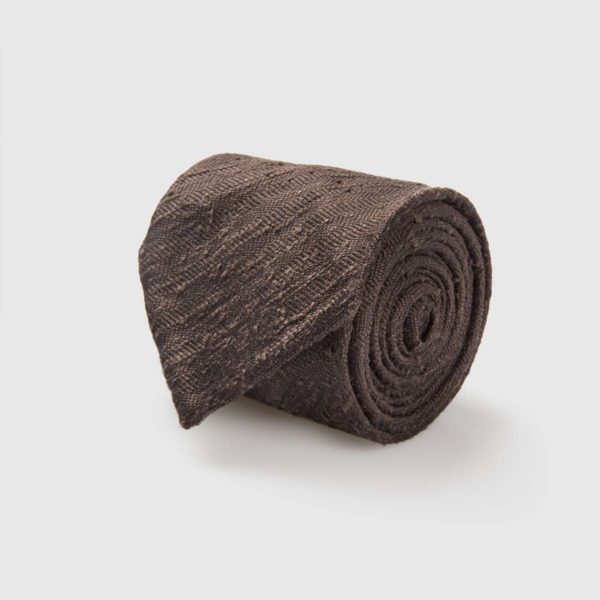 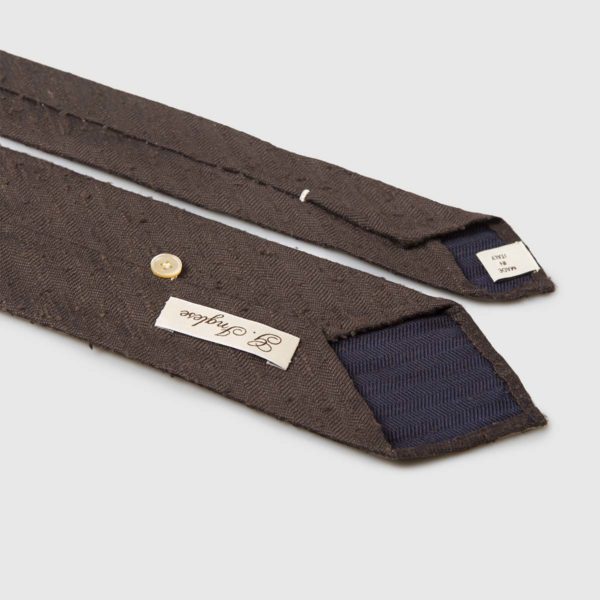 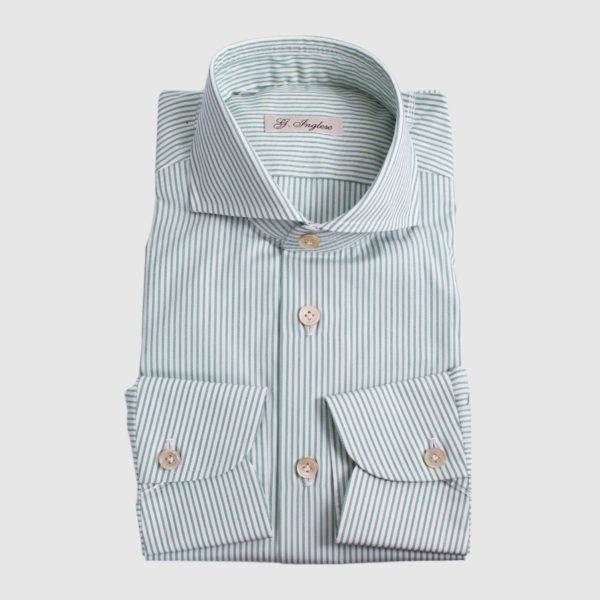 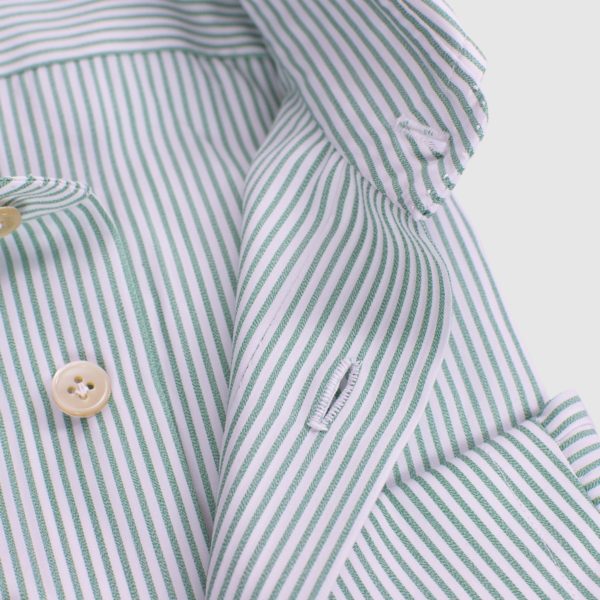 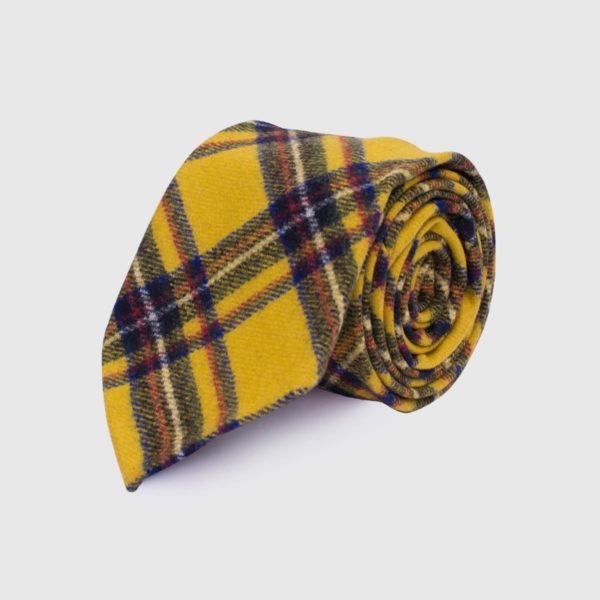 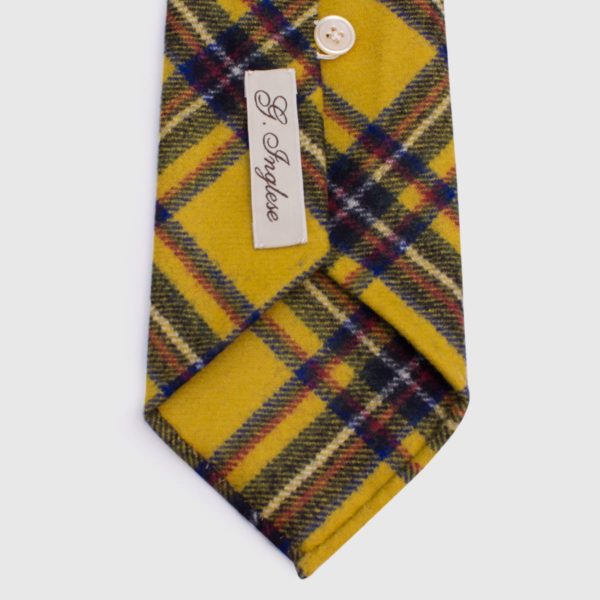 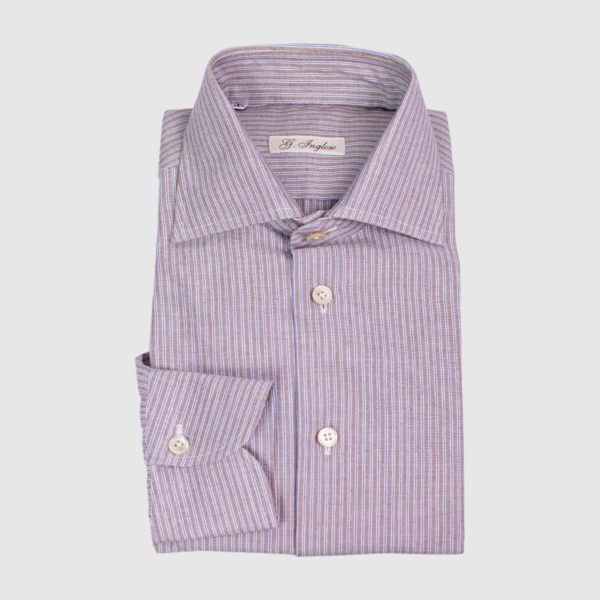 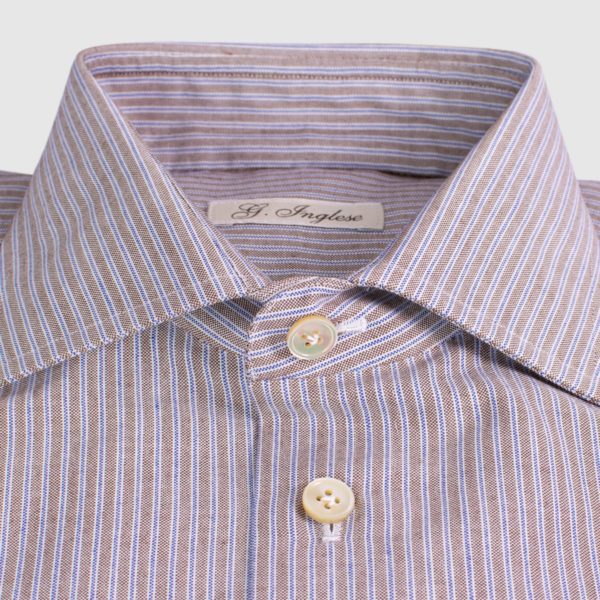 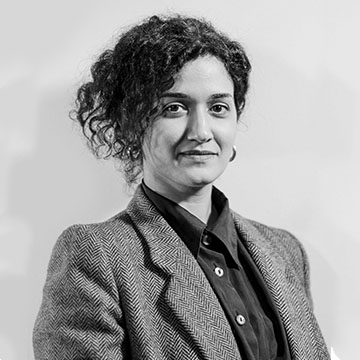 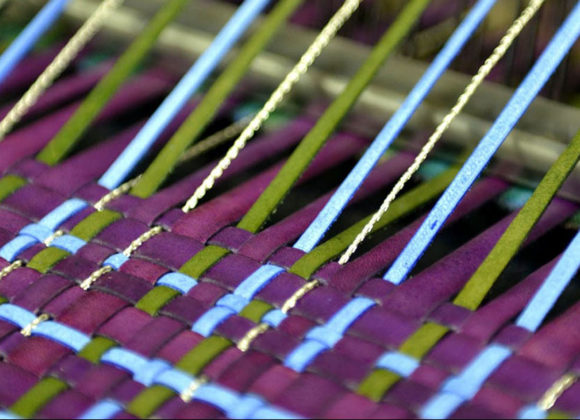 The Italian leather goods world leader in the art of weaving. 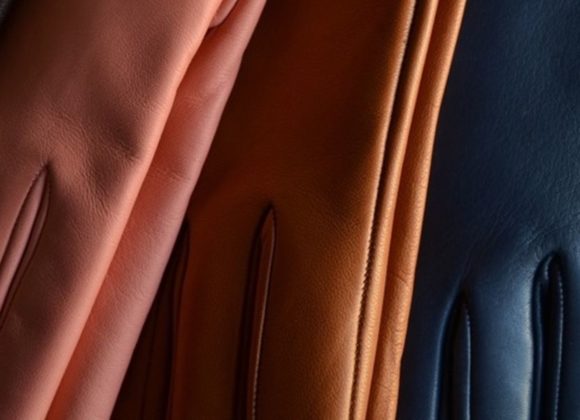 Omega and the Neapolitan History of Gloves

Barroco was born with a precise mission: to highlight the excellence of Italian savoir-fare.